Plant a tree in memory of Wayne
An environmentally-friendly option 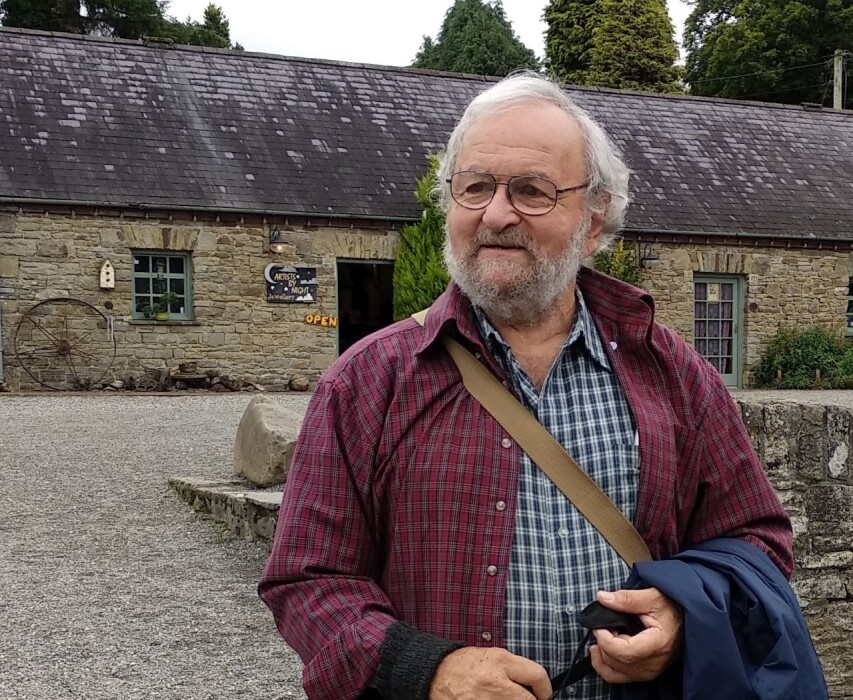 We are deeply saddened to announce the passing of Wayne Robert Bradley (72 years) on Saturday  April 3, 2021. After a recent cancer diagnosis and very brief illness, Wayne died peacefully surrounded by the love of his family in Hospice at the Views, Comox, BC.

While we mourn his passing, we also celebrate his life. Wayne was born in Stettler, Alberta, and moved to the Comox Valley when he was 17. He attended UBC but was drawn back to the Comox Valley to work on oyster farms. An avid reader, he encouraged young people to ‘never let school get in the way of a good education.

He worked as a tree planter and thinner and later became one of the founding owners of Fanny Bay Oysters. His connection to the ocean was key to his growing environmental awareness and activism.

In spite of limitations due to health, Wayne was very involved in many organizations and causes including the peace movement and LGBTQ+ issues (PFLAG). He served several years on the boards of the Georgia Strait Alliance, the Campbell River, Courtenay & District Labour Council, and Co-Development Canada. In the 1980s, he served 5 years as a School Board Trustee where he pushed for a grievance procedure for staff.

In 2018, Wayne and Janet shared a wonderful trip to Ireland where Wayne was able to visit the birthplace of his father who was born in 1880 in Castlecomer, Kilkenny county.

Wayne was enormously proud of his children and grandchildren. He is survived by Janet Fairbanks, his partner of over 45 years, and by their children Megan Fairbanks, Kirsten Bradley (Kris), Melia Whyte (Dave); by grandchildren Finn, Adrian, Olie, Kyla, Lauren, and Rory; and by his sister Sally Floden (Edmonton) and brother Jim Bradley (Calgary), and his nieces and nephews.

An online celebration of life will be organized at a later date. To honour Wayne’s activism, wit and passion, please continue to work for social and environmental justice.

Flowers and trees are gratefully declined.   If so desired, a donation to your favourite local non-profit organization would be appreciated.

Plant a tree in memory of Wayne by clicking here.
To send flowers to Wayne's family, please visit our floral store.

Plant a tree in memory of Wayne
An environmentally-friendly option

Plant a tree in memory of Wayne

1 tree planted in memory of Wayne

On behalf of Deidre and myself, we want to express my deepest sympathy your family on the loss - the passing of Wayne Robert Bradley. Janet, our heart goes out to you. I have known you and Wayne for many years as a couple who worked tirelessly to make positive social change in the lives of many. Wayne modelled courage, determination and humility. I liked that about him. Always willing to share ideas, information and advocate for learning, Wayne gifted us a standard of leadership that meant a lot.

I pray for a good journey for you, Wayne. May your ancestors surround you with love and may your wisdom - love, support those you have left behind.

Janet and family:  On behalf of the residents of Cumberland I would like to offer our condolences.  Wayne will be sadly missed by all that new him.  He worked for the surrounding communities with projects he cared a great deal about. We will miss seeing him at the Bean Super and Miners Memorial just to mention a few.
Mayor Leslie Baird
Village of Cumberland

so very sad to learned of Wayne's passing. I light a candle every night for friends who have passed - and their families. Please know that I will include your names. I'll always remember his excitement about visiting Ireland. - we had many great conversations and traded reference books. World Community - especially the film festival team - will need to fill a huge hole but it will happen.
Walking as short while with you,

A Memorial Tree was planted for Wayne Robert Bradley

Plant a tree in memory of Wayne