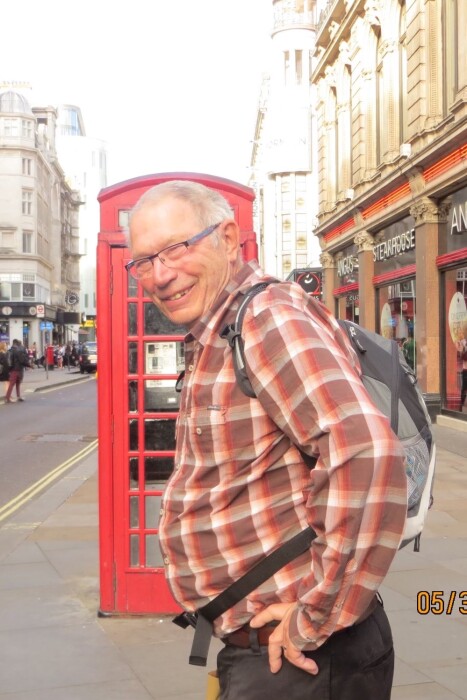 It is with great sadness that the family of Robert "Bob" Mowat announce his passing on June 23, 2021 at age 74 in his home in Comox where he felt most comfortable.

Bob was born November 30, 1946 in the Northern British Columbia community of Endako. Born to a military family, Bob spent his youth moving from one place to another - rooting himself with his family rather than with the place he was in. Eventually he found his way back home where he worked at the mines in Endako, BC.

Later in life, after attending to BCIT, then UBC, Robert's passion for people and science blossomed into a long-time career in Public Health for 36 years. Guiding those around him to build a community, he and his team of environmental health officers were charged with the service of the Edmonton community's health interests. It was here that Bob met the love of his life, Paula.

In his personal life, Bob showed his love by offering to share his knowledge and time, and by building and crafting a multitude of useful, decorative works to customize the world around him. While Bob was never a trained carpenter (or musician, artist, electrician, etc.) he learned to be quite skilled - he was always very willing, humble, and eager to learn. 2007 marked his retirement, after which he moved to Comox to golf and create a paradise for him and his wife before setting out together to travel the world.

Robert leaves to mourn his loving wife Paula, daughter Siok Mooi (Sue-May), son Louis, daughter-in-law Jamie, granddaughter Tiramisu, grandson Kato, sisters Karen and Loraine and brother-in-law Ray. He was predeceased by his daughter Linnea. There will be no service held at this time, and condolences or memorial tributes may be offered in the form of a donation to the BC Children's Hospital

Plant a tree in memory of Robert "Bob" Allan Mowat

A Memorial Tree was ordered in memory of Robert "Bob" Allan Mowat.  Plant a Tree

Sorry for your loss.
Ambrose Law

A Memorial Tree was ordered in memory of Robert "Bob" Allan Mowat by Ambrose Law.  Plant a Tree

Dear Paula and family.  So many times the four of us walked around the park with the doggies.  It was something we looked forward to nearly every day.   Bob was a great man and alway willing to help.  Our condolences go out to you Paula.

My condolences to the Mowat family. Bob was my first manager when I was hired and I couldn't have asked for a better one. He was a good man. Warm, relaxed, and with a great sense of humor.
Steven Yi

A Memorial Tree was ordered in memory of Robert "Bob" Allan Mowat by Steven Yi .  Plant a Tree

My deepest condolences to Paula and the entire family. So sad, to hear of Bob,s passing. Bob was a kind gentleman.. My thoughts and prayers are with you, Paula, at this most difficult time. Love Lila

Plant a tree in memory of Robert "Bob" Allan Mowat