Plant a tree in memory of Melville
An environmentally-friendly option 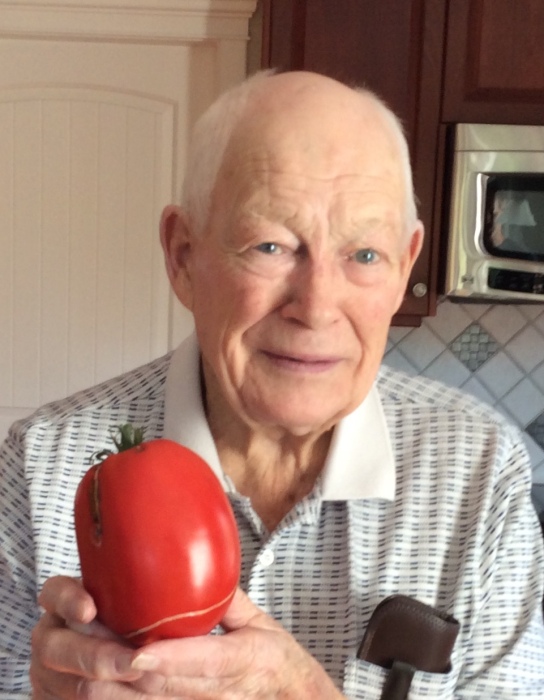 The 6th of eight children born to George and Maybelle Mooney, Inverness Quebec, passed peacefully at Comox Valley Hospital in the early hours of June 2nd 2021.

Bud grew up on the family farm, receiving his elementary education in Inverness, then off to Quebec City for high school. In 1946 the family came West to the Fraser Valley, initially settling in Langley. He tried his hand at various lines of work, construction, Ranger at Yoho National Park, and eventually the propane fuel industry. His work took him to Terrace BC, then Courtenay and Duncan. After his retirement 1989 he and Norma returned to the Comox Valley. As he had wanted, Bud was able to live out his life in the home he loved, surrounded by his incredibly loving neighbors and in a word, his meticulous yard. His work ethic and standards were second to none, and admired and appreciated by all. Bud loved his family, gatherings, and was always quick with a smile, a hug, conversation, and a peppermint for all visitors. When health issues forced him to give up his boat and fishing, that passion was replaced by the greenhouse full of his famous Roma tomatoes, and time to sit and chat over a glass of red with his great friend and fishing buddy Suds. A per his wishes, private cremation, no service. In lieu of flowers or donations, hug a loved one, be kind, generous, thoughtful and smile!

Plant a tree in memory of Melville by clicking here.
To send flowers to Melville's family, please visit our floral store.

Plant a tree in memory of Melville
An environmentally-friendly option

Plant a tree in memory of Melville

8 trees planted in memory of Melville

I am so thankful to have had the honour of being your granddaughter. I will forever be grateful for your kindness and love. Mason and Dylan miss their Poppa Bud very much.
Much love Always.

The Margaret and John Cameron family

Our sincere condolences on your loss.
The Margaret and John Cameron family

Mr. Mooney was one our our favourite clients with the volunteer group I participate with. Always a rush to see who got to take his order because we also learned about various gardening issues including natural weed killer. I was fortunate to be the recipient of some of his wonderful tomatoes. Deepest sympathy on the loss of lovely man.

"Bud" was a friend of my parents, Larry and Muriel Pruden, who knew him from Terrace. He was so intelligent and engaging, and a good friend to my parents.
I am sending my best wishes.
Dale Pruden

A Memorial Tree was ordered in memory of Melville Morley "Bud" Mooney by Dale Pruden.  Plant a Tree

You don't know me.-- I worked for Bud at Vancouver Island Gas in  Duncan.
i have fond memories of Bud.  He was an awesome boss and made a job into a pleasure.   I felt like we became friends. I am sure he will be greatly missed.  Pam Allison

Plant a tree in memory of Melville