Share a memory
Obituary & Services
Tribute Wall
Read more about the life story of Gordon "Gord" and share your memory.

We are so sad to announce that Gordon Peter Winters left this earth on November 25th, 2022, after a long and courageous struggle with COPD. He had just marked his 86th birthday on November 23rd. Gord leaves behind Sandra, his wife and partner of 40 years. He is also survived by his three children, Gary, Randy, (Val), and Mona, (Doug), and his three grandchildren, Jason, Brock, and Taylor. While illness forced him to slow down in his later years, he had already packed more into his life than most people can imagine.

Gord began life in rural Manitoba in 1936. Being born during the depression had a huge impact on his life. His difficult start instilled in him a fierce determination and incredible drive for success and an early move to B.C. While he did not receive much formal education, he had a fast mind, was a gifted craftsman and a very hard worker. He was self-taught in countless skills, was a perfectionist to the core, and simply didn’t understand why anyone would do anything if they weren’t prepared to do it ‘right.’ He was a voracious reader and was always well informed on local and global events and always, always had an opinion.

Gord was very entrepreneurial by nature and was self-employed most of his life. He opened an auto body and paint shop in Burnaby in his twenties. He then started a large-scale appliance sales and distribution company, introducing countless brands to Canada that are now household names. He then took a turn at home building. He built homes in Courtenay, BC and liked the area so much that he and Sandra moved there in 1995. Finally, he and Sandra acquired a clothing boutique in Courtenay, with Sandra running the store and Gord doing the behind-the-scenes operations. They had the store until 2020 when it was time to finally retire.

While business and accomplishment were at his core, Gord had countless other interests and tended to excel there as well. He was an avid pilot at a young age. For many years he had a beautiful boat and made the most of it, travelling around the BC coast and beyond, fishing and exploring. He loved skiing. (Anyone staying with him in Whistler could expect to be wakened at the crack of dawn with a Swiss yodelling tape played full blast and to have their spirits warmed later with a mulled wine concoction he carried around in a wine skin around his neck.) He was always up for a good time, be that playing golf, fishing in Pender Harbour, travelling around the world with Sandy or spending time at Okanagan Lake with Susan and Bob, Sarah, and Andrew. He lived a big life and while he could, he took advantage of every opportunity.

It is fair to say that Gord was not always a traditional family man, but he showed his love to his children in countless, practical ways over the years. He was always ready to take on a project with them; to work with them fixing their cars in their teens, or helping to renovate their first homes, sharing his many skills generously. He would talk endlessly with them about their work or business and give solid advice and practical help whenever it was needed.

Gord was a much-loved husband, father, uncle and friend and he will be very missed. 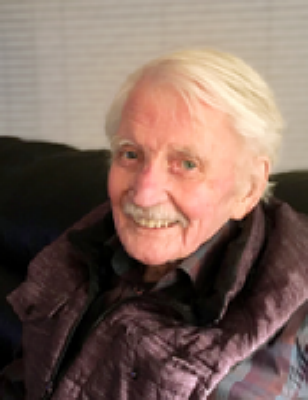