Plant a tree in memory of Frances
An environmentally-friendly option 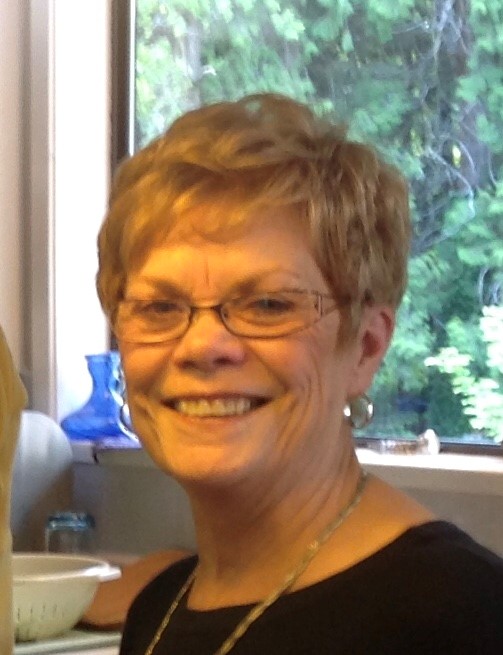 Frances Margaret Al-Molky (Peakin) died suddenly on 16 May 2021 In Courtenay at the age of 80 years.

Frances was the oldest of three girls and her sisters Marilee McKnight (Peakin) and Joanne Eilers (Peakin)(Robert) had a close relationship throughout her life. Frances was an Air Force wife that resulted in her developing close friendships all across Canada, which she cherished and maintained until the end.

Frances married the love of her life Leslie Edward Al-Molky of Halifax Nova Scotia on 05 August 1961 at the Base Chapel in Portage La Prairie.

Together they had two beautiful Girls who were her first priority throughout her life. Jody was born in Portage in 1962, followed by Mary in May in 1964 while the family was stationed at 4 Wing in Germany. Frances who had attended Secretarial school in Portage and after retuning to Canada began a work career that reinvented itself everywhere she lived. She was always valued and an asset to every group she worked with from non- profits to volunteering, to the Air Force Reserve and small family business. Many of them becoming dear friends along the way.  In 2008 they returned to the Comox Valley where she loved her life, her friends and her beautiful garden.

Frances is survived by her husband Les Al-Molky of Courtenay BC. Daughter Jody Al-Molky (Steve Betts) Maple Ridge. Also mourning her passing are Grandsons Zachary Thomas Betts of Vancouver and Mackenzie Leslie Klein of Ottawa Ontario, and her Brother in law Robert Al-Molky and his wife Lyn and family in Australia. In addition her Sisters Marilee and Joanne and their families will miss their “Auntie Fran”.

Her beloved daughter Mary in Ottawa predeceased Frances on 13 May 2020. That loss affected her to the end.

Frances has been cremated at her request and her ashes will be scattered as per her wishes at some future time. A Celebration of life will also be planned when the Pandemic will allow such tributes.

Plant a tree in memory of Frances by clicking here.
To send flowers to Frances' family, please visit our floral store.

Plant a tree in memory of Frances
An environmentally-friendly option

Plant a tree in memory of Frances

24 trees planted in memory of Frances

It is with profound sadness that we hear of Fran's sudden passing. We have known Fran for over fifty years. Always kind and smiling. We will miss her dearly. Loved forever! Condolences to family.
Dearl and Sharon Alexander

Sad times old friend. Fran ran was a fine lady and a good friend. We will miss her. God bless Leslie.

A Memorial Tree was ordered in memory of Frances Margaret Al-Molky by Lois & Barry Shannon.  Plant a Tree

Les and family.  So sad to hear of Fran’s passing.  Thoughts and prayers are with you all at this difficult time.

Plant a tree in memory of Frances