Plant a tree in memory of Deborah
An environmentally-friendly option 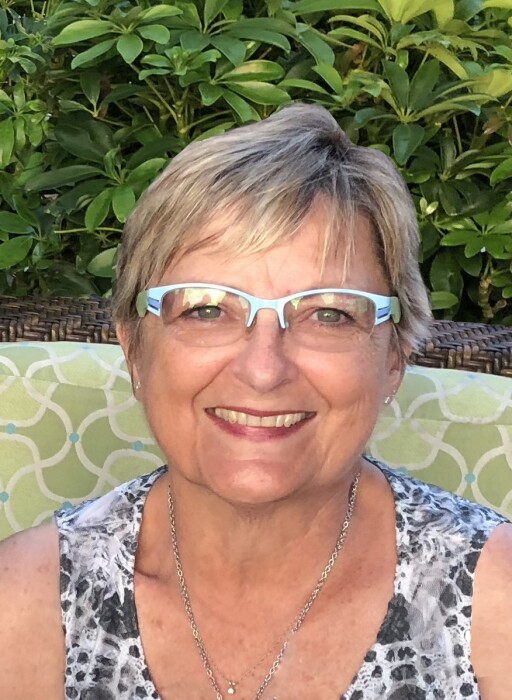 Our beloved Deborah passed away Thursday, March 18th, 2021, at the Palliative Care facility Nanaimo General Hospital. A true warrior, with family by her side, fought to live until her very last breath.

Deborah was predeceased by parents John and Mona Sturdy, and father and mother-in-law Bill and Melba Tait. Deborah is survived by her husband Jim; daughters Christine (Brent) and Jacqueline (Mike); sister Stephanie, brother John; grandchildren Alexis, Justin, Hayden, Caleb, Tristen, and Lacey, as well as six nieces and nephews. She will be looking down over those who survived her to guide them spiritually for all time.

Deborah left a legacy of love, strength, and knowledge, teaching us what perseverance and determination look like. Debbie was generous with her time and love and will be missed and never forgotten by so many whom she touched.

Deborah came into this wonderous world on June 10th, 1950, in Victoria BC. The youngest daughter of John and Mona Sturdy, she was raised at the family home in the Rockland area; enjoyed many memorable experiences growing up with brother John and sister Stephanie who cared and watched over their beautiful Debbie. She spent all her formative years at the family home on Pemberton Road. She attended Margret Jenkins elementary, Central Junior High and Victoria High.

In 1966 she met a young man, Jim Tait, who became her high school sweetheart. The relationship evolved and blossomed; Deborah and Jim were married on August 21st, 1971, in Victoria. The first years of marriage included lots of travel throughout BC. Debbie set up and managed temporary homes at each location, where Jim was overseeing bridge construction projects. The attributes, unique character, and amenities of each of the locations were truly enjoyed. Debbie and Jim made many fond memories, and new friendships developed along the way.

In 1974, to our delight, Christine Ann was born. What a wonderful and life-altering experience. The Tait family was evolving. Two years later along came Jacqueline Sara another precious miracle. Two beautiful and loving daughters to enjoy and watch grow up. It was now time to establish family roots. Deborah and Jim decided to return to Nanaimo. After several moves, we found what is now “Debbie’s House” on Canterbury Crescent, high atop the city with splendid views of the ocean, mountains, and city lights.

Deborah absolutely adored the grandchildren, wanting to spend as much time as possible with them all. The relationship with each evolved and strengthened; “Grannie” shared and passed on her skills and talents. Her passion for life, kindness, generosity and caring shone thru. The grandchildren loved her so much, they could always count on “Grannie” for unyielding support no matter what. Grannie wouldn’t hesitate to join the kids, with enthusiasm, in all kinds of games and activities. She had a great sense of humour and was so much fun to be around. She surprised the family a few years in a row and dressed up as the Elf on The Shelf at Christmas. It was Debbie's wish to take all the grandchildren to a Disney park. In 2018 she made it happen and arranged trips to both California and Florida; what an absolute blast; an ever-lasting memory that we can all share.

Deborah loved music, all types, and styles. She enjoyed gardening, was very artistic and creative, loved arts and crafts, knitting and was a talented seamstress who designed and fashioned clothing and accessories for the girls. We will cherish the artwork, homemade blankets, quilts, toques, and sweaters that she has gifted us over the years.

The Girls would say that to know their mom was to know and feel her unconditional love, kindness, and acceptance. Her priority was family. To Jackie and Christine, she was both Mother and friend.

Debbie’s late mother and father-in-law adored her, and she played a vital role in nurturing the family bond. She made effort to stay connected with all extended family members. She was the glue that kept everyone connected.

Debbie spoke with love and admiration for both her mother and father. She shared many stories from her childhood, about family vacations and the fun times she had growing up with her older brother and sister. Over the last few years, mom has worked tirelessly studying her family genealogy. Jim and Debbie took a trip to Scotland so that she could learn more about her family’s history. She is very proud of her heritage.

Debbie had many cherished friends, including lifelong friends from her high school years, and close friends in both Nanaimo and Kelowna. Debbie would say working at Eatons years ago gave her fond memories where she established close friendships that lasted throughout her remaining years. Many of Debbie’s special friends are considered more like an extension of our family.

Jim and Debbie established a second home in West Kelowna while working on the Okanagan Lake floating bridge. During those years Deb established lasting friendships with the Green Bay neighbours and found so much pleasure with a group of special friends, the Westside girls, with whom she shared her creativeness, love of the arts, and zest for life. They enjoyed many great experiences, friends forever. Debbie had many friends from near and far who continued to give her encouragement and hope along the way.

The last couple of years were very difficult, the cancer had metastasized and spread to other organs in her already fragile body. Despite the ever-present pain and discomfort Deborah battled on, she never gave up hope, always put on a brave face. When asked how she was doing, the answer was always I am okay, how is your day? The love and caring for others were foremost in her mind. Deborah had a network of many dear and loving friends; best wishes and words of encouragement were received every day. This love and devotion fueled her desire to fight on.

A true “Warrior” in every sense, Deborah maintained her strength and perseverance to the last. She was determined and not wanting to leave her family and many loved ones.

During what turned into her final week she asked that all her special friends who gave her encouragement along the way be acknowledged and thanked. We thank you, with much gratitude and love.

We must all take solace knowing our beloved Deborah is now at peace; watching over her flock. Her spirit will transcend and remain with all she touched for All Time.

Rest in Peace my Dearest

Jim, Christine, Jacqueline, and family would like to share our memories and wonderful life experiences with Deborah at a celebration at “Grannies House” 170 Canterbury Crescent, Nanaimo BC on August 21st, 2021, which is a special day for us.

Deborah had requested any charitable donations in her memory be sent to the BC Cancer Agency or the Heart and Stroke Foundation.

Plant a tree in memory of Deborah by clicking here.
To send flowers to Deborah's family, please visit our floral store.

Plant a tree in memory of Deborah
An environmentally-friendly option

Plant a tree in memory of Deborah

2 trees planted in memory of Deborah

Our heartfelt thoughts are with you and your family
Debbie was always a ray of sunshine, smiling happy and welcoming. Take care.
Love Karen Charles

With sadness and condolences, but with loving and joyful memories of our dear friend.
Alf and Lois Williams

A Memorial Tree was ordered in memory of Deborah Ann Tait by Alf and Lois Williams.  Plant a Tree

A Memorial Tree was planted for Deborah Ann Tait

Plant a tree in memory of Deborah