Share a memory
Obituary & Services
Tribute Wall
Read more about the life story of David and share your memory.

It is with deep sorrow and much love that we mourn the passing of David Warner Franklin of Nanaimo, BC on November 22, 2022 at the age of 57. Dave passed away after a brief but courageous battle with advanced cancer.

He will be lovingly remembered by his wife, Josie, their four daughters - Trami, Taylor, Stephanie and Jordan, grandchildren - Noeah and Ella, along with family and friends whom he cherished dearly.

Dave was a simple and down-to-earth guy. His hobbies and interests included golfing, fishing, gardening, barbequing and watching hockey. However, his greatest interest of all was spending quality time with his beloved family, including their precious dogs, Anna, Elvis and Rosa.

He took pride in his careers as a drywaller and salal harvester. He was an exceptional drywaller for many years before joining his wife in the floral industry where they spent most of their time working alongside one another in the outdoors surrounded by nature, both of which he adored.

Dave was a devoted husband and father. He was known for his sense of humor, strong work ethics, and his big heart. He had the uncanny ability to make friends anywhere and everyone around him felt his warmth. He had a lasting impact on the people he spent time with. Of all the people he touched, both willingly and unwillingly, his proudest achievement in life was marrying his wife, Josie, who lovingly supported him from the moment they met until their last days together.

Though gone too soon, his loved ones take comfort in knowing that he is now at peace and reunited with his father, Richard Warner Franklin, and mother, Beverly Joan Franklin.

Dave’s viewing will be held from 10am - Noon on Saturday, December 3rd at the Telford's Burial and Cremation Centre in Ladysmith followed by a Celebration of Life with his close family and friends at his home.

“Home is where love resides, memories are created, friends and family belong and laughter never ends.” 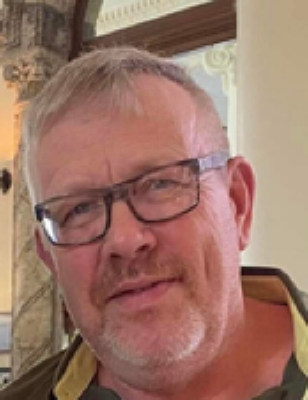